Series / A Prince Among Men 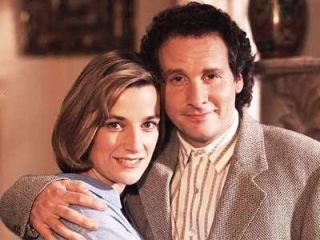 The other, other Chris Barrie sitcom.
Advertisement:

A Prince Among Men was a Brit Com which ran for 2 series (1997-1998). It starred Chris Barrie as Gary Prince, a former footballer turned business manager who has a Small Name, Big Ego. The supporting cast consists of his German wife Lisel, his two secretaries Sonia and Beverly, his right hand man Dave, arrogant business manager Mark and local publican Vince Hubbert, who has a low opinion of Prince.

The show wasn’t received very well by both critics and audiences, lasting for only 2 series.