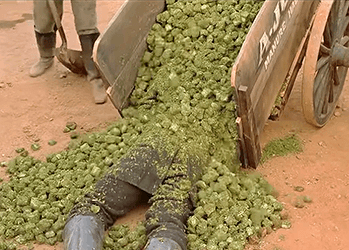 Looks like the shit hit the Tannen.
N'Dugo: Bad guy falls in poop: classic element of physical comedy! Now comes the part where we throw our heads back and laugh! Ready?
Kip & Baleto: READY!
All: AHAHAHAHAHA!
— George of the Jungle
Advertisement:

Any comedy featuring animals, especially pets or barnyard animals, is required amongst the typical gags to make at least one poop joke, regardless of how lame, or poor, or tasteless, or yes, shitty it might be.

The Trope Namer is a euphemism for horse manure.

If eating said Road Apples or cow pies (a euphemism for cow manure) is involved, then the trope is I Ate WHAT?! If someone falls into the poop, it's Slipping into Stink.

Often a subset of Vulgar Humor.

One subtrope involving birds doing number 2 is the Bird-Poop Gag.

Mr. Brittas gives explains why a cow pat outside the leisure centre needs to be cleaned up.

Mr. Brittas gives explains why a cow pat outside the leisure centre needs to be cleaned up.