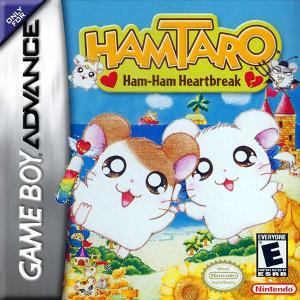 After Hamtaro wakes up from a nightmare about a devil-costumed hamster named Spat going around ruining hamsters' relationships, Boss sends him to go find Bijou, whom he later learns he must save. Along the way Hamtaro learns about an influx of broken relationships and soon learns that his nightmare about Spat was true. And thus Hamtaro and Bijou, after he rescues her, together travel around different areas trying to fix the relationships broken by Spat, aided by an angel-costumed hamster named Harmony, and defeat Spat once and for all.

The game was followed up by Hamtaro: Rainbow Rescue, but it was only released in Europe and Japan; and Hamtaro: Ham-Ham Games, an Olympic Games-themed collection of minigames featuring the Ham-Hams competing in Olympic-styled events.