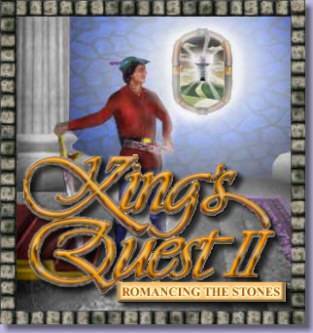 The game's plot is mostly the same as the original, though in contrast to AGD's previous remake of The Quest for the Crown, which was a very straight remake, this version significantly expands on the original game, especially in the story department. Graham, now king of Daventry, has recently come to a realization; without a proper queen by his side to produce potential heirs, his legacy as king will be quite short. The Magic Mirror he retrieved from the first game reflects an image a beautiful maiden from the land of Kolyma named Valanice, who is trapped in a quartz tower by the evil witch Hagatha. Graham dons his adventurer's cap once more and resolves to rescue her.

The Fan Remake provides examples of: