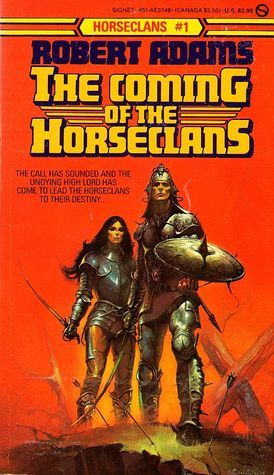 Horseclans is a long-running series of novels by Robert Adams, taking place in a post-apocalyptic North America from the 23rd to 29th centuries. There was also a GURPS roleplaying game adaptation of the series at one point.
Advertisement:
Novels in the series