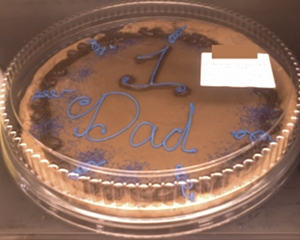 Other guy: It definitely has a lot of qualities. A real conversation starter! [...] By sharing this with me, you are truly making a statement.
Chad: You seem to be saying things that sound positive, but when taken literally are just statements of fact.
— Wondermark #972 "A Quite Unforgettable Experience"

Of all the Comedy Tropes out there, this... is one of them.

A character is called upon to say something positive about a subject or a person, but they can't think of anything nice to say that wouldn't be blatantly untrue. Rather than lying, they give some neutral statement (or in some cases insult) that would make Captain Obvious proud, and dress it up like a compliment. Alternatively, the resident smartass may deliberately quip this way in order to damn with faint praise.

Commonly used in the service of Self-Deprecation. Compare Shaped Like Itself and Overly Narrow Superlative. See I Believe That You Believe It. When someone gives this answer in response to a serious question, it's a Mathematician's Answer.

The following examples are truly... examples: