Stupidity Is the Only Option 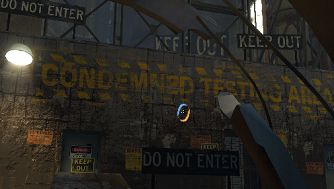 Go on, guess what the only way forward is.
"If it's a trap then it's a plot point and we have to follow the plot."
— Karn, Adventurers! comic #114

Sometimes a story requires the heroes to fail. They need to be captured by the guards, inadvertently allow the villain to get the MacGuffin, be betrayed, walk into a trap, or free the Sealed Evil in a Can. Setbacks and challenges are a core building block of narrative, so this is fine... sometimes. Video game stories, however, have the protagonist controlled by you the player. What happens when the plot needs you personally to fail? Why, force the error, of course. Whether it's due to a Cutscene or But Thou Must!, the game simply cannot progress until the awaiting disaster is triggered.

In more 'literary' game stories, this might be explained for the same reasons as in a book - the character makes a mistake for perfectly understandable reasons, and perhaps even the other characters realize this. This is fine; great characters make great mistakes. In other games, a player sees where a plot point is going - or perhaps a villain-cam scene outright shows the betrayal awaiting Our Heroes - but the characters themselves are clueless, so this is also acceptable. There's a third option, though: enforced stupidity. Too hard to figure out a way to trick the player, or at least the character, into the blindingly obvious trap? Just force 'em in. Stupidity is the only option.

Common consequences of this trope include: