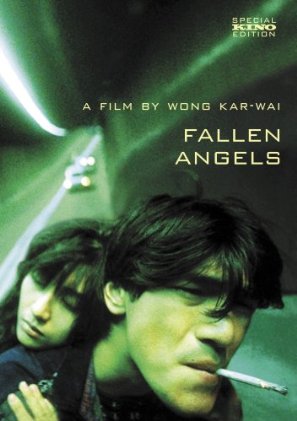 Fallen Angels (墮落天使) is a film by Wong Kar-wai released in 1995, and something in-between a sequel and a companion film for Chungking Express. Like the latter film, its plot (a jaded hitman in a complicated relationship with his female manager agrees to One Last Job) is incidental; the real point of the film is to depict Hong Kong as Wong perceives it, a cramped urban nightscape of bright lights and frantic movement.