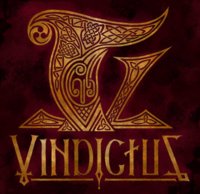 ...If you could relive your life, knowing that you would one day lose everything... Would you still make the same choices? Is that what we call "destiny"?
Advertisement:

While set in the same world, this is a darker and bloodier version, using Valve's Source engine. Although it maintains some of the original's skill-based system and titles, gameplay is far more combat-oriented — it is being promoted as an "Action RPG" — and the game mechanics are simplified. The gameplay is like a mix of Dynasty Warriors and Monster Hunter, with just a pinch of Demon's Souls. Also differing from Mabinogi, Vindictus is far more story-driven, and at least half of the missions advance the main story. There is almost none of the Wide-Open Sandbox quality that dominated the original game, and most of the side missions are in some way related to the main storyline, typically providing more detail, character development, or a different perspective.

While previously absent, as of the "Rocheste Royal Cadet" expansion some of Mabinogi's "life skills" have been added to the game. These are predominantly crafting skills such as blacksmithing and tailoring, and are only available in the city of Rocheste, where they are obtained and trained similarly to combat skills. Despite this, combat is still the dominant focus of the game, and the crafting system is rudimentary by comparison to the original game.

Unlike the first game, and most MMORPGs for that matter, there are few common areas outside of towns, and no common combat areas. All fighting takes place in instanced dungeons that allow only small player parties of 1-4 to enter; though there are also raid instances such as the White Tyrant mission in Hoarfrost Hollow that allow for parties of up to 6-10 people, and the various dragon missions that allow for up to 24 in a party.

The game is free to play (barring cosmetics and equipment-enhancing items), so if you want to try it out you can find it here: Link