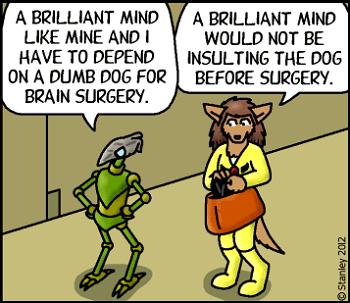 Some characters are just not that bright, competent, or wise. This is an index of tropes related to stupidity, absentmindedness, heedlessness, uselessness, and forgetfulness.