Hot on His Own Trail 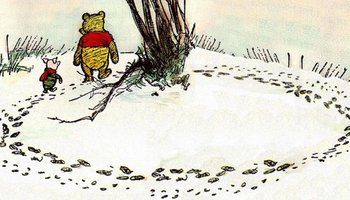 A subtrope of Going in Circles.

When a person is following himself deliberately, that's Hired to Hunt Yourself.