Left Your Lifesaver Behind 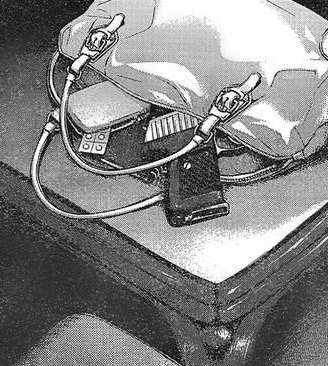 Oops!
Clara: There's no way out of this. We're going to die here.
The Doctor: Pass me the vibro-cutters.
Clara: They're in my pocket.
The Doctor: Come on then, pass them to me.
Clara: In my other jacket. At home.
The Doctor: Why have you got two jackets? Is one of them faulty?
— Doctor Who, "The Caretaker"
Advertisement:

A character rushes out of the room and a closeup shot reveals they've left their firearm behind, or some other crucial item like a mobile phone or the Amulet of Dependency. Naturally they're going to need that item for the very situation they're about to head into. Bonus points for an Oh, Crap!.

Not related to Leave Behind a Pistol but may involve Where's My Gun? See also We Have Forgotten the Phlebotinum. Has nothing to do with abandoning the person who just saved one's life.