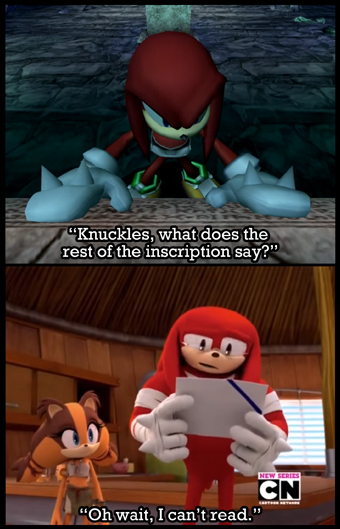 When adapting an existing character for a new work the character is often altered in transition from the source material. They might become nicer, meaner, heroic, nastier, more badass, a lot less badass, or smarter.

Then there are these characters, who are actually made dumber; for example, a character who was The Smart Guy in the source material becomes The Ditz in the new one.

See also Adaptation Personality Change. Compare and contrast Took a Level in Dumbass, where a character decreases in intellect inside the particular work, and Adaptational Intelligence, this trope's polar opposite. Adaptational Nonsapience is the more extreme version.