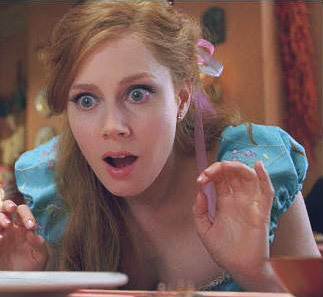 This trope is fascinating. I never knew this.
Advertisement:

A romantic, innocent character, almost always a preteen or teenage girl, who is essentially a fairy-tale heroine in the present (or in the science-fiction future). She is naïve, ignorant and insecure (especially about her body). She will be the target of every bully in the world, especially the Alpha Bitch. All she has going for her is her pure heart, which will save her — she never gives up, no matter what, and will eventually get the better of her tormentors.

The Naïve Everygirl is not a saint, however. She's bad at showing gratitude, which tends to drive her friends away when she needs them. But eventually she will reconcile with the people who helped her, after wondering how she could be so blind.

This character is mostly a Discredited Trope on Western TV nowadays but was popular before the 1990s; only the most idealistic shows on the Sliding Scale of Idealism Versus Cynicism have one nowadays. But in film and "young adult" fiction, she is inescapable and they are frequent protagonists of Shoujo stories written by women — see Stock Shoujo Heroine for how that plays out.