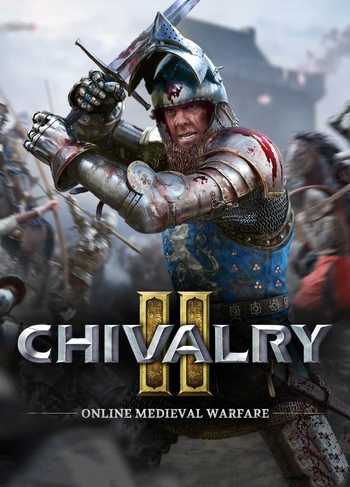 Chivalry 2 is a medieval warfare game developed by Torn Banner Studios, and is sequel to Chivalry: Medieval Warfare. The Mason Order was victorious in the last civil war and has ruled the land for 20 years. The Agathians are now launching a new offensive under the leadership of King Argon II, while the Masons counterattack anyone and everyone the least bit sympathetic to Argon. Or you can not worry about that and just focus on hacking to bits anyone who isn't wearing your team's colors.

The core gameplay of its predecessor remains largely the same. Players still take the role of medieval soldiers on some kind of battlefield, wielding many different weapons with a variety of properties. The premiere mode is Team Objective, which generally involves one side attempting to overrun a town or castle while the other side tries to stop them. There are also Team Deathmatch, 3v3 Arena, and Free For All modes, the last of which can also be used for dueling via an honor system.

Compared to its predecessor, the following major gameplay features are new:

Examples of Tropes in this Video Game