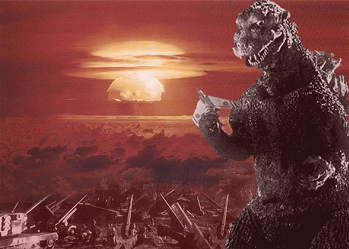 History shows again and again how nature points out the folly of men.
"We live in a world where even kings have vices. Well then we are the kings and we are your vice!"
— Rocky Romero, Roppongi Vice
Advertisement:

While some fictional characters are only meant to represent themselves, others are meant to represent something larger than themselves in order to make a point. The author uses this character to represent X, whether X is "Women," "Christians," "Atheism," "Illegal Aliens," "The Bush Administration," or even "You." It's the difference between "Oh, Bob just tripped over the cat again; he is such an idiot" vs. "Bob just tripped over the cat again; men are such idiots."

Sometimes characters are created to be this. Other times, an existing character is (either temporarily or not) drafted into the role by being written as the voice/face/advocate of (topic) for an episode. This can even happen outside of the official canon; in fact, the more this is used outside of the original work, the stronger the case may be for the character being an effective symbol of X.

Please note that the character in question may be a perfectly well-rounded and very much individualized character, but he is so closely linked to a certain concept, that he is often used allegorically as a way of talking about that concept (e.g. Superman and idealism).

If all of the characters in the work are written this way, then you might just have a full-blown Allegory on your hands.

When no extra meaning is intended by the creators, then it may be that you have Everyone Is Jesus in Purgatory—although adherents to Death of the Author would point out that just because the allegory wasn't intended, doesn't mean it isn't there.

A form of Characters as Device. Compare Archetypal Character.