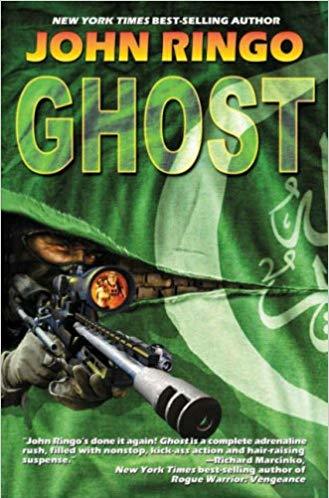 A modern military fiction series written by John Ringo, focusing on Mike "Ghost" Harmon/Jenkins, a former Navy SEAL, and all-around Anti-Hero. The first book is a self-admitted author wank piece with a significant focus on BDSM that was originally not intended for publication; it was written specifically to get it out of Ringo's head so he could move on to other work. However, between fan response to a snippet posted on Baen's Bar, and the head of Baen Books (at the time, Jim Baen, who has since passed away) insisting that it be printed, it was published for release to the public. Works later in the series (starting with Kildar), however, tend more towards, as described elsewhere in the comments to the linked LiveJournal entry, below, "man builds stuff and gets lots of pussy".
Advertisement:

The inspiration for OH JOHN RINGO NO

, an opinion which the man himself shares

The series consists of the following books as of 2013: