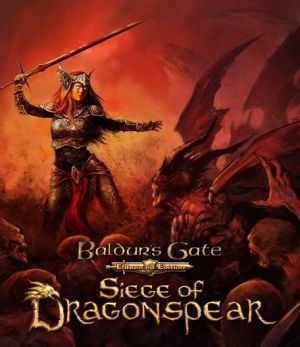 Story-wise, Siege of Dragonspear is an Interquel to the original games. Baldur's Gate II begins with the player character and a selected group of companions (not necessarily the ones players actually had) waking up in a dungeon, with only vague indications of how they got there. This expansion is supposed to bridge the gap.

It was released on March 31, 2016 for Windows, Mac, and Linux via direct download from the Beamdog website

The game expansion provides examples of the following tropes: