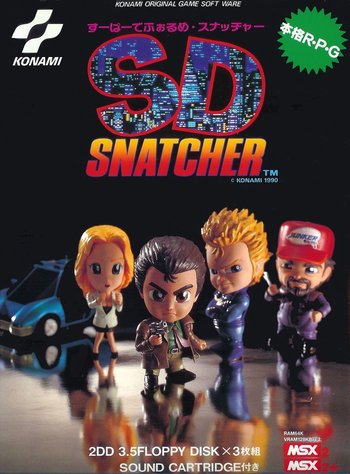 SD Snatcher (Super Deform Snatcher) is an RPG adaptation of the Visual Novel Snatcher released for the MSX2 in 1990. In this version, the cast of characters turns cutesy and Super-Deformed and the storyline is slightly altered.

An English Fan Translation by a Dutch group fond of Bilingual Bonuses is available, though by the group's own admission, it's missing a portion of the script due to the way the Japanese text was coded into the game.

On November 2, 2019, another group known as Project Melancholia released a more loyal translation with several bug fixes included in the patch