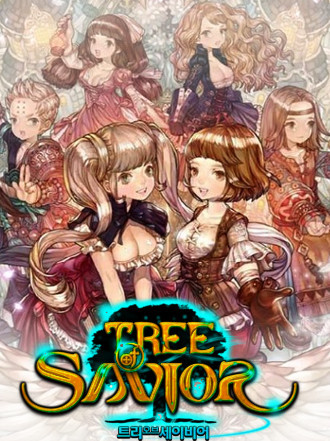 Long ago, Emperor Zachariel succeeded in uniting the land's disparate countries under his banner. The resulting nation was known simply as "the Kingdom," for no other nations were known to exist outside Zachariel's rule. Zachariel established a new city as the Kingdom's capital, around a tree known as the Divine Tree. Every year, priests would gather in the capital city to bless it.

In 1091, almost a hundred years after the celebration of the Millenary—the thousand-year anniversary of the Kingdom's founding—the divine tree suddenly grew dramatically in size, destroying much of the capital city, as well as damaging outlying cities, and leaving the citizens dumbstruck. The tree had grown so tall that it appeared to touch the sky, its trunk so wide that it could not be measured. Yet this was only the beginning: monstrous, carnivorous plants appeared throughout the city and devoured much of the surviving populace. The king, the royal family, most of his ministers, and much of the Kingdom's government also perished in the aftermath.

That day came to be known as Medzio Diena, or the Day of the Divine Tree. Since that day, the Goddesses have been gone from the world, unresponsive to the prayers of the Kingdom's people.

Four years later, certain people throughout the land experienced a dream in which the Goddess of Destiny, Laima, told them to go to either the mining town of Klaipeda or the tropical city of Orsha. They are known as Revelators, and they are the Kingdom's best hope in finding out what happened to the Goddesses and how to set the world right again.

Tree of Savior, originally known as Project R1 when it was first announced at Hangame 2011, is an action-adventure MMORPG developed by IMC Games—the same company responsible for Granado Espada—and set in a world based on Lithuanian folklore and the native religions of the Baltic region.

The game is the industry equivalent of Putting the Band Back Together: Hak Kyu Kim, IMC Games' founder, was also one of the founders of Gravity Corporation and part of Ragnarok Online's original development team. Several of RO's original developers are working on Tree of Savior as part of his studio—including soundTeMP, who provided the bulk of RO's soundtrack. Between this and the similar presentation, game mechanics, and 2½D Sprite/Polygon Mix, many have hailed this game as a Spiritual Successor to RO.

An English-language closed beta was held via Steam between the 4th and 10th of August 2015, with 5,000 randomly picked participants and some additional beta keys sent out later on. A second beta followed, lasting between October 27 and November 25, open to anyone who registered beforehand as well as all previous beta test players. After polling the community, IMC Games launched a one-month early access program in April 2016. The full, free-to-play launch would follow later that May.

For tropes specific to the player classes and non-player characters, check the character sheet.

Tree of Savior provides examples of: