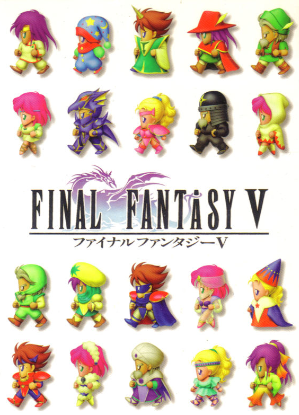 Advance was ported to iOS and Android in 2013 with other enhancements, such as analog control and redrawn job sprites/spell effects. This port was added to the Steam store for PC towards the later end of 2015 but would later be delisted in 2021. A remastered version in the Final Fantasy Pixel Remaster series was released on November 10th, 2021.

You can read a full synopsis here. Tropes specific to individual jobs go on the Character page.