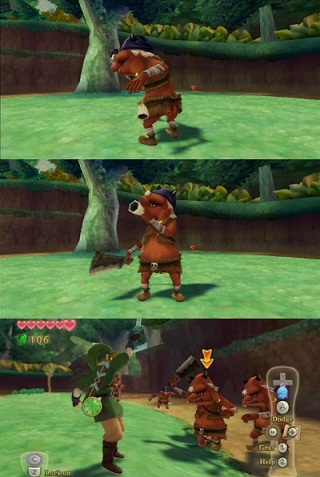 When in doubt, call your friends!
Advertisement:

An enemy who casts spells or sounds an alarm which bring additional enemies into combat, while causing some damage itself. Sometimes the summoned enemies are just Mooks; in other cases, they are as powerful enemies as the summoner. Can get very dangerous for the player if those enemies are summoners themselves. Might be an enemy version of The Beastmaster or The Minion Master or Necromancer, depending on who or what is being brought out.

See also the Mook Maker, who doesn't do anything to hurt the player except churn out an endless series of Mooks, and the Flunky Boss, who may summon weaker allies as part of a Boss Battle, and Patrolling Mook, which does the same thing only if it spots the player. Some Enemy Summoners go as far as to summon Mook Makers. They may also be able to make those mooks more organized and powerful.

The ability to create large amounts of enemies can make them Demonic Spiders or Goddamned Bats. They are a common candidate to be Metal Slime, since you have to kill them fast or the sheer amount of summoned opponents will overwhelm you, so you don't have many opportunities to steal.