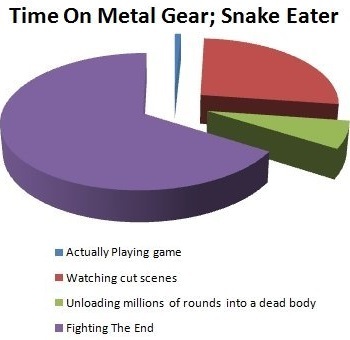 Oh, I know all about Ze End.
I don't mind taking second place.
I can't defeat Air Man.
No matter how I try to dodge all his tornadoes, he just kills me again.
And even though I can get behind him
It's no use, I try to fight, but I get blown away in the end.
I shoot as fast as I can,
But when I had to go against Air Man's tornado I was helpless again
I'll try again, of course, but this is my plan:
I'll keep my E-Tank saved in reserve just as long as I can!
— I Can't Defeat Air Man (Kiwi Kenobi English Version)

That One Boss is, well, that one boss that falls victim to poor playtesting or was thrown in by especially cruel developers. You're leveling up normally, plowing through every battle, until you reach this particular battle and suddenly meet a nasty road block. Eventually, you Rage Quit, or you go on the Internet looking for assistance. In the event that you stop by the game's message board, lo and behold, everyone else is having the exact same problem, with entire topics asking "how do I beat That One Boss?". Walkthroughs usually list the worst offenders as "the hardest boss in the game", and eventually, such a beast receives a reputation for being just that freaking hard. A few of them may be awesome, but that still doesn't mean you won't be chewing on the controller in frustration despite it.

They are sometimes called the "brick wall boss", for obvious reasons.

Because there are so many examples of this trope, they have been categorized by genre for your viewing convenience.

Compare with the non-video game equivalent of this trope, Invincible Villain.