That One Boss / Monster Hunter 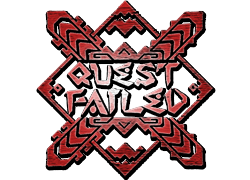 The de facto icon for these monsters.
As a series of Nintendo Hard Boss Games, this is quite expected. Prepare to triple-cart against many of these monsters.

Examples are sorted by debut appearance.

Behemoth (Monster Hunter World)
New to the series is a crossover monster straight from another game series, Final Fantasy, the Behemoth, who is so bad, it got its own folder. For those familiar with how he works in Final Fantasy XIV, you'll already know how devastating a monster it is:
Frontier Series
You've fainted.