Teetering on the Edge 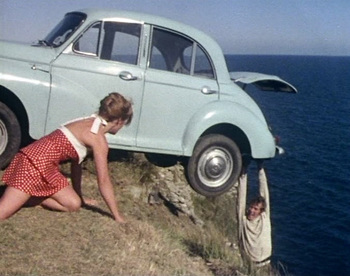 A vehicle, whether it's a car, a helicopter, or a spaceship, crashes or is otherwise put into a position that leaves it hanging precariously from a high cliff. The occupants may be stunned from the impact, but they realize their situation usually just as the vehicle starts to slide off the cliff, forcing them to figure a way out before they fall to their doom.

This trope typically ends in one of three ways: