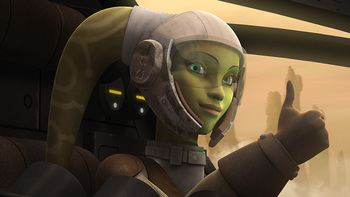 "I feel the need...the need for speed!"
The Rebels need to deliver food to an Imperial-blockaded planet, so Hera goes on a mission to acquire a new ship to break through it.