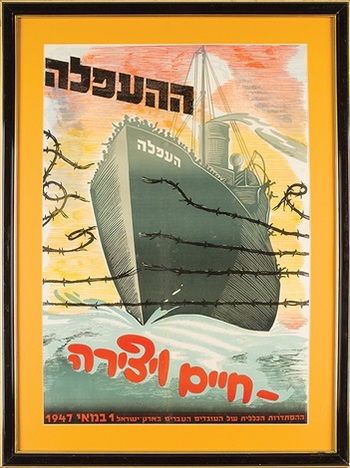 Princess Leia: This bucket of bolts is never going to get us past that blockade.
Han Solo: This baby's got a few surprises left in her, sweetheart.
— Star Wars: The Empire Strikes Back, about the Millennium Falcon
Advertisement:

A blockade or siege on a city or country dependent on trade is something that can put them in dire straits. No goods can come in or leave, which stifles their economy, and also means they aren't able to get food either. As it drags on, the people will start to get desperate, and look for a means to get what they need.

Often, if they don't have the military might to break the blockade completely, they get some brash individuals willing to run right through it, and hope they can either outrun or outmaneuver the blockading forces, to contact allies. This is known as running the blockade. Chase sequences and close action scenes will probably follow.

Vehicles used in this are usually light and fast, for outmaneuvering mobile units. Heavier ones might be used if there are physical barriers that need to be rammed through, but they are usually too slow to survive a barrage of multiple weapons likely to be found on a blockade.