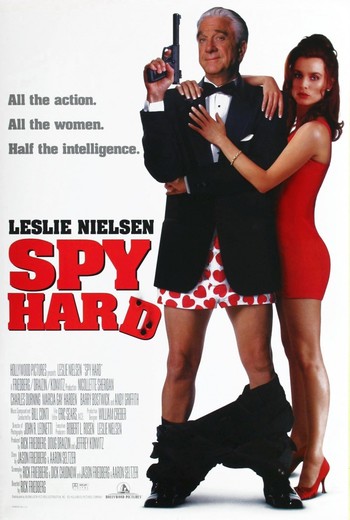 "All the action. All the women. Half the intelligence."
— Tagline
Advertisement:

Spy Hard (1996) is an action-comedy movie that marked the film debuts of Seltzer and Friedberg, spoofing spy (chiefly James Bond) and other action films. Leslie Nielsen stars as Dick Steele, Agent WD-40, opposite Nicollette Sheridan as his partner Veronique Ukrinsky, Agent 3.14, as the two try to stop the evil genius, General Rancor (Andy Griffith), from taking over the world.