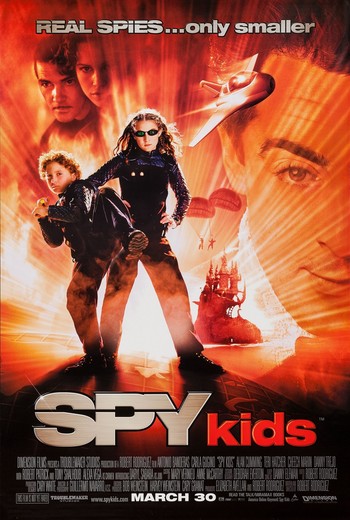 Spy Kids is a 2001 American adventure comedy film directed by Robert Rodriguez. It is the first movie in the Spy Kids franchise.

Gregorio Cortez (Antonio Banderas) and Ingrid Cortez (Carla Gugino) are spies from different countries, but they fall in love and get married. They retire as spies and had two children, Carmen (Alexa Vega) and Juni (Daryl Sabara).

The movie starts more than a decade later, with Gregorio investigating the disappearance of several spies. Gregorio and Ingrid accept the mission to rescue these spies, but they get captured. It's up to their bickering children to rescue them and save the world from a legion of robotic children.

The sequel to this film is Spy Kids 2: Island of Lost Dreams.