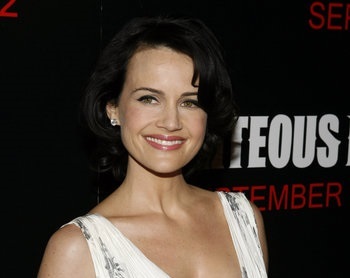 She's best known for such movies as Spy Kids, Sin City, Night at the Museum and Watchmen. She was also Mike Flaherty's girlfriend on Spin City before being dropped from the series, and paid her dues with one-shot appearances in shows such as Doogie Howser, M.D., Quantum Leap, and The Wonder Years. Since 2010, she has played a hot Polish therapist in Sucker Punch and a reporter vaguely (very vaguely) modeled on Maureen Dowd in Political Animals.