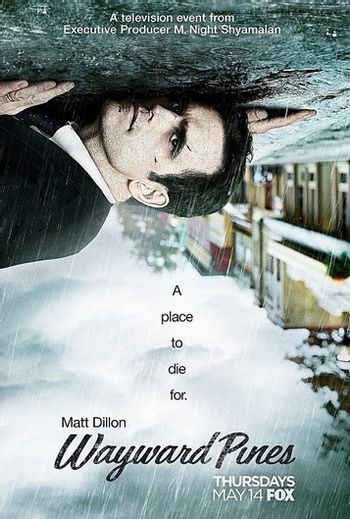 U.S. Secret Service agent Ethan Burke (Matt Dillon), while on the way to investigate the disappearance of two federal agents in a small Idaho town, is caught in a car crash. Bloodied and dazed, Burke wanders down the road for help, and learns he's in the titular Wayward Pines before collapsing. On leaving the local hospital Burke finds residents behave strangely, roadblocks to his investigation everywhere, and, most bizarrely, he is unable to leave the town...

Probably best-described as Lost meets Twin Peaks. The trailer for season one can be watched here.