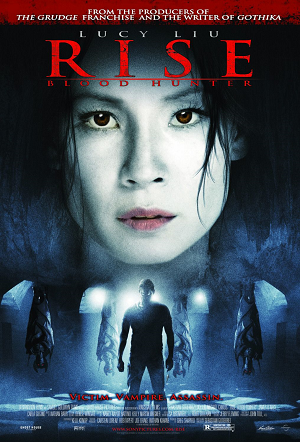 Rise: Blood Hunter is a 2007 horror/neo-noir film directed by Sebastian Gutierrez. It is a Samuel Goldwyn Films release starring Lucy Liu and Michael Chiklis. Rise is a supernatural thriller in which reporter Sadie Blake (Liu) wakes up in a morgue to discover she is now a vampire. She vows revenge against the vampire cult responsible for her situation and hunts them down one by one. Chiklis plays Clyde Rawlins, a haunted police detective whose daughter is victimized by the same group and seeks answers for her gruesome death.