Series / The Haunting of Bly Manor 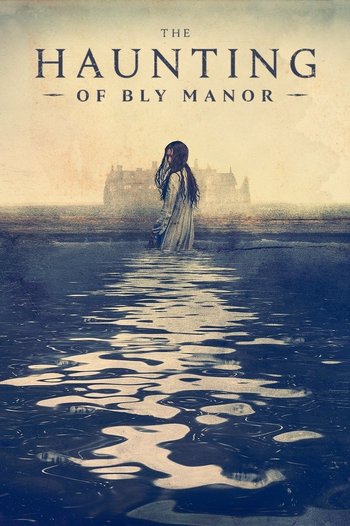 "We lay my love and I beneath the weeping willow. / But now alone I lie and weep beside the tree. / Singing 'O willow waly' by the tree that weeps with me. / Singing 'O willow waly' till my lover return to me..."
"Alright, then. A ghost story. Again, this story isn't mine, but it is full of ghosts of all sorts. And if a child gives the effect, another turn of the screw...what do you say to two?"
—The Storyteller, beginning her tale
Advertisement:

The Haunting of Bly Manor is the second season of the Thematic Series The Haunting, following The Haunting of Hill House. This time, its time-spanning ghost story adapts the works of Henry James, specifically The Turn of the Screw and The Romance of Certain Old Clothes. It is again created and directed by Mike Flanagan, and features the return of several actors from Hill House: Victoria Pedretti (as Dani Clayton), Oliver Jackson-Cohen (as Peter Quint), Henry Thomas (as Henry Wingrave), Carla Gugino (as the Storyteller), Kate Siegel (as Viola Lloyd) and Catharine Parker (as Perdita Lloyd).

In the 1980s, Dani Clayton (Pedretti) leaves America for England, and begins to work as an au pair for orphans Miles (Benjamin Evan Ainsworth) and Flora (Amelie Smith). As Dani slowly gets to know the children and their trauma, she also begins to unravel the dark history of Bly Manor and its inhabitants.

The full series began streaming on Netflix in October 2020.

The Tropes of Bly Manor:

"I liked your story, but I think you set it up wrong in the beginning. You said it was a ghost story. It isn't. It's a love story."
—The Bride reacts to the Storyteller's tale