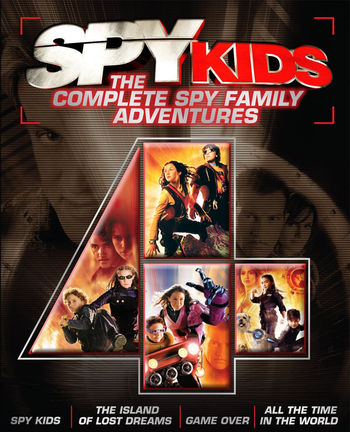 "My parents can't be spies; they're not cool enough!"
— Carmen Cortez
Advertisement:

An original trilogy was created from 2001 to 2003, focusing on Carmen and Juni Cortez, a Brother–Sister Team of Preteen Superspies, whose adventures came to resemble spying less and less as the series went along. Works in the main series include:

The Spy Kids franchise has the following recurring tropes: