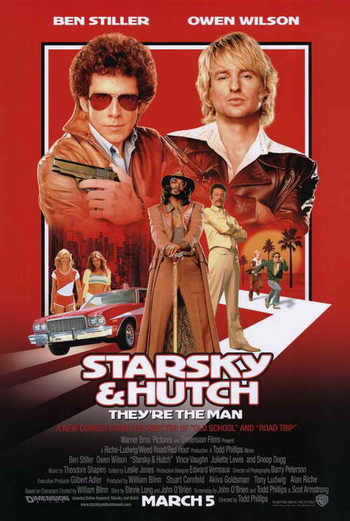 The film functions as a sort of prequel to the TV series, as it portrays when Starsky was first partnered with Hutchinson. The film also switches the personalities of the title characters. While in the TV show, Starsky was curious, laid-back, and streetwise, and Hutch was very serious and by-the-book. In the film, Starsky is the serious cop, and Hutch is laid-back. There are four Frat Pack members in this film, although not all are in major roles (one is an uncredited cameo).