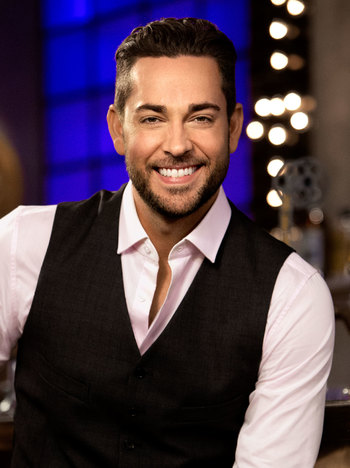 Levi is best known for starring in the title role of NBC's spy comedy series Chuck for the entirety of its run, and also directed three episodes. Prior to Chuck, he appeared in a supporting role on the ABC sitcom Less Than Perfect.

Since 2010, Levi has provided the voice of Flynn Rider in Disney's Tangled franchise, starring opposite Mandy Moore's Rapunzel. One of the songs from the 2010 film, "I See the Light" (a duet between himself and Moore), was nominated for an Academy Award in the Best Original Song category. He reprised the role in other Tangled-related media, such as the 2012 short Tangled Ever After, Tangled: The Series, and Kingdom Hearts III; in fact, part of the reason why he accepted the role in the first place was because as a fan of the series, he wanted to be in a Kingdom Hearts game someday.

Levi is also notable for his work in comic book films. He was originally cast as Fandral the Dashing in 2011's Thor — the fourth installment of the Marvel Cinematic Universe — but had to pass on the role due to scheduling conflicts; he was replaced by Joshua Dallas in the film. When scheduling conflicts of his own left Dallas unable to return for the 2013 sequel Thor: The Dark World, however, Levi stepped back into the role, then returned for 2017's Thor: Ragnarok.

In October 2017, it was announced that Levi had been cast as Golden Age superhero Shazam! in his eponymous 2019 film, which is part of the DC Extended Universe.

Example of:
Love Ruins the Realm