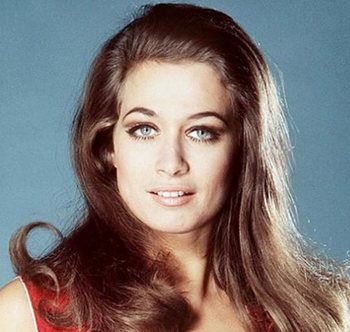 Valerie Therese Leon, (12 November 1943) is an English model and actress best known for her appearances in the Carry On and James Bond films, and her starring role in the Hammer Horror film, Blood from the Mummy's Tomb.

She became a chorus girl in April 1965 and soon appeared in a touring production of The Belle of New York. When the tour was cancelled, she started to work as an extra in movies starting with That Riviera Touch.

Leon appeared in six Carry On films and two James Bond between the late '60s and '70s, while she also had many small roles on television in the '70s and early '80s.

She has also appeared on stage in her reminiscence show, Up Front with Valerie Leon.