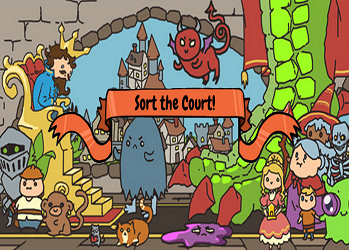 Good news! You've become the king or queen of a modest yet promising village and must now lead them to prosperity and greatness... or tax them heavily and feed them to monsters, it's kinda up to the player. Sort The Court is a simple yet addictive mix of role playing, resource management and interactive fiction. All actions taken by the NPCs boil down to simple yes or no questions which impact and affect the ongoing story.
Advertisement:

Players must choose their responses carefully while managing their treasury, populace and overall happiness lest they run into trouble that will negatively impact the town and drive people away.