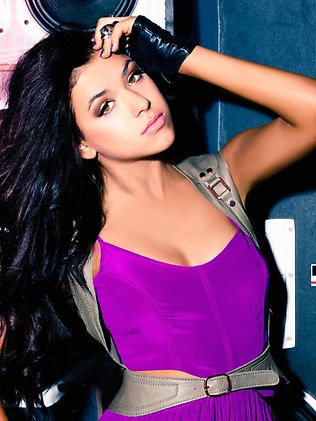 Elen Levon (born 13 July 1994) is a Ukranian-born Australian dance-pop and R&B singer as well as a dancer, actress and model from Sydney. She started to become active in 2008 when she was selected through the television competition Airtime! to become one-fifth of the teen-pop group Panjo 5. The group's two singles didn't fare too well on the charts and by late 2009 the group had disbanded.

She released her debut single, "Naughty", in September 2011, with her follow-up single "Like a Girl in Love" being released six months later. Though the two songs only did moderately well in the ARIA Singles Charts ("Naughty" peaked at #60 and "Like a Girl in Love" peaked at #74), they were a big success in the clubs and on the Dance charts. "Naughty", especially, caused a minor controversy due to the nature of its lyrics being performed by someone of such a young age. It also received mixed reviews from listeners and critics due to the excessive use of Auto-Tune, the cliched nature of its lyrics and its explicit themes.

Despite the criticism, Levon has also performed on Chinese television to an estimated audience of one billion people as well as performing in ANZ Arena during AFL Halftime. She's also supported the likes of Lil' Kim and 50 Cent during the R&B / Hip-Hop festivals Supafest and Winterbeatz — and if you have any young female Australian friends on Facebook or Twitter, you would know how big a deal these festivals are. Moreover, Levon herself has earned comparisons to Britney Spears, Janet Jackson, Rihanna, and Ciara.

She made her television acting debut as a young Muslim girl in the Australian series SLiDE.

This musician and actress displays examples of: