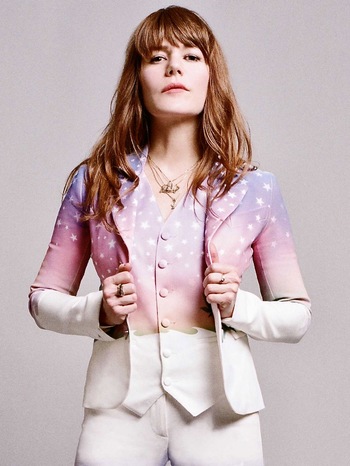 Jennifer Diane Lewis (born January 8, 1976 in Las Vegas, Nevada) is an American indie pop/rock/folk musician. She began her career in the 1980s and early 1990s as a child actress (appearing most famously in The Wizard and Troop Beverly Hills); however, she really came to do what she does best when she began her music career as the lead singer of the lo-fi indie rock band Rilo Kiley. A standout of the band, she eventually started a solo career, coinciding with the gradual amicable breakup of Rilo Kiley.