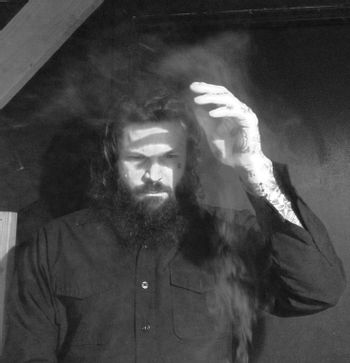 Your self extinction.
"A long period of time i got up, went to grab coffee, work on the music, go to work, work all day, come home, work on music until i went to sleep, that’s all i did really…i poured everything into that, it was the only release i had you know. All i wanted to do was to make music. i would leave work earlier sometimes, just to come home…"
Jef Whitehead, regarding the creations of the first two Leviathan records.
Advertisement:

Leviathan is the one man project of Jef "Wrest" Whitehead, having its beginnings in California and then relocating to Portland, Oregon.

Leviathan is often considered (along with Xasthur) as a core band within the American branch of Depressive Suicidal Black Metal, having bleak and depressing lyrics of darkness, suicide, and heavy misanthropy.