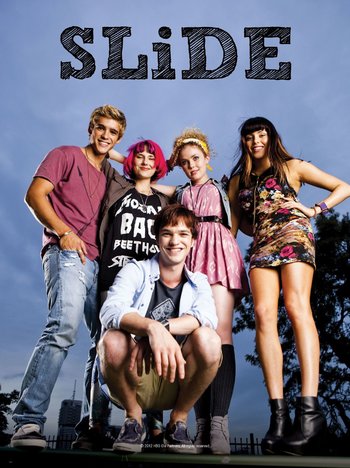 SLiDE (2011-2012) is an Australian TV series focusing on the lives of five teenagers, set in Brisbane. Similar to Skins but set in Australia. The five main character are the nerdy Ed, his girl-next-door best friend Tammy, sexy newcomer Scarlett, angsty outsider Eva and school hunk Luke.

FOX 8 confirmed in February 2012 that the series was cancelled.