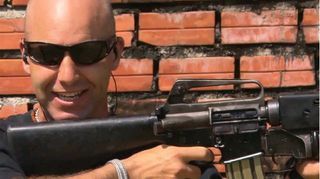 Stephen Gary "Steve" Lee is an Australian Country Music singer whose album "I Like Guns" is full of love songs to firearms.
Advertisement:

Some tropes in his music: