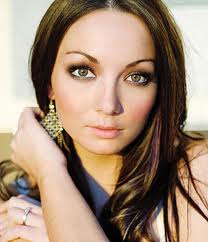 Start of a Brand New Day

In 2004, Coulter was placed seventh place on the second season of Australian Idol. Although she did not win the talent show, Coulter was offered a recording contract with Australian independent label Shock Records.

The most successful woman of the Australian Idol franchise. Has had many hit singles including "Hell No!", "Sunshine", "Breathe" and "Can't Touch It". The first two have gone platinum in Australia.

Apart from her work in music, Coulter has also launched a career as a radio and television presenter. She co-hosted Australian Idol for seasons six and seven. In 2010, she served as a full-time radio presenter for the Sydney Nova FM breakfast show. Coulter has previously co-hosted radio shows on Brisbane's B105 FM and Melbourne's Fox FM.

She suffered from depression for awhile due to pressures of being in the business and family issues. Currently in a healthy relationship with her manager, a personal trainer who served as inspiration for her third album. They married in 2014.