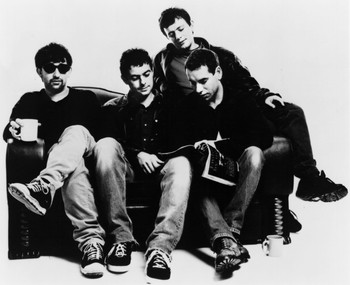 The current incarnation of the band. Ian Broudie is on the far left.
You're never going to be like all those fools,
You're coming out tonight,
There's nothing to lose,
You're going to give it all a try,
Don't ever change.
"Change"

Tropes in the work of The Lightning Seeds: