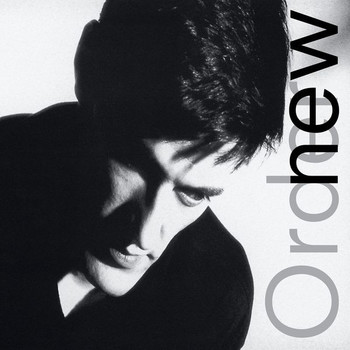 "Let's go out and have some fun."
Low-Life is the third album by English Alternative Dance group New Order. Released in 1985, the album further explores the mix of Post-Punk and Synth-Pop featured on Power, Corruption & Lies and its surrounding singles, bringing New Order into their signature brand of Alternative Dance (after having singlehandedly invented the genre with their single "Temptation" three years prior).
Advertisement:

This was the first album released under the band's U.S. deal with Quincy Jones' Warner (Bros.) Records imprint, Qwest, giving the band much more American exposure than before. While the band had had earlier singles success on the dance charts, major label distribution allowed the album to be the first to make the Billboard charts, peaking at no. 94. Qwest would later reissue the band's earlier material as well as Joy Division's albums, which had previously been handled by Factory US and distributed by fellow indie label Rough Trade.

Notably, this was the first of New Order's albums to have some of its songs released as singles; previously, Joy Division and New Order singles were recorded and released independently of studio albums.note "She's Lost Control" from Unknown Pleasures was included as the B-Side to the "Atmosphere" single in 1980, but the version there was a more electronically-driven re-recording. The last true non-album single New Order released was "Be a Rebel" in 2020, with the band specifying upon its release that it's intended as a standalone track. For Low-Life, "The Perfect Kiss" and "Sub-Culture" were released as both 7" and 12" singles, with the 12" ones containing extended versions of the songs. Specifically, the 12" release of "The Perfect Kiss" features it in its unedited format, clocking in at 8:46 compared to the album version's 4:51, while "Sub-Culture" received a club mix by American record producer John Robie.

Life was just an open trope: