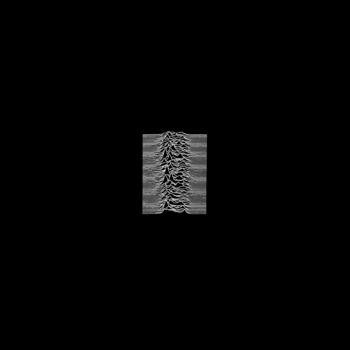 Unknown Pleasures is the debut studio album by English Post-Punk group Joy Division, released in 1979 as the very first album from Factory Records. It would be the only full musical album that frontman Ian Curtis lived to see released, as he took his own life in 1980; a posthumous album, Closer, was released two months after his suicide.

At the time of the album's release, the band had already instigated a shift from their origins as a standard Sex Pistols-inspired Punk Rock band, with Factory's mad producer Martin Hannett introducing a number of processing effects that turned what were once Three Chords and the Truth songs into sparser, more haunting dirges and shrieks of anguish. Unknown Pleasures, by comparison, marked the point where these techniques first started to truly become a major artistic force in the British music landscape, leading the album to be regarded as a seminal release in the British side of the post-punk movement. Most other acts in the scene owe a great deal of their own sound and style to this album, and Closer would only further up the ante one year later.

Breaking tradition with the industry standard, no singles were released to support Unknown Pleasures. A re-recording of "She's Lost Control" was included as a B-side to a posthumous reissue of the non-album single "Atmosphere", but that's about it. This would set a precedent that would carry over into the early output of New Order as well, with the Curtis-less incarnation of the Manchester quartet not putting out any album singles until Low-Life in 1985.

I've been waiting for a trope to come and take me by the hand: