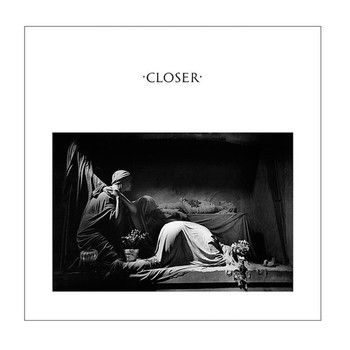 Closer is the second and final studio album by Joy Division, released in 1980. Recorded at Pink Floyd's Britannia Row studio and once again produced by Martin Hannett, it came out a mere two months after frontman Ian Curtis' suicide. Compared to its predecessor Unknown Pleasures the songs are even more dour and decidedly more experimental, with four of them (in order, "Isolation", "Heart and Soul", "The Eternal", and "Decades") making prominent use of haunting synthesizer arrangements that would serve as the groundwork for the surviving bandmates' work as New Order. Note that these four tracks were written in early 1980; the other five songs, which are more rockist in composition, were realized fresh off the heels of Unknown Pleasures during the latter half of 1979.

Like Unknown Pleasures before it, Closer was not supported by any singles upon release. However, it does contain a number of fan favourites, including "Isolation", "Colony", and "Heart and Soul".

Here are the young men, the tropes on their shoulders: