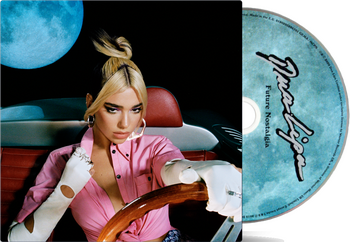 Album covers typically have two elements to them: text to tell the consumer the name of the artist and the album, and artwork to catch the consumer's eye. A number of albums, however, lack text on the cover. This could be for a number of reasons: artists may want the audience to focus on the artwork, or they may be trying to de-emphasize their name, or they may be trying to catch attention through minimalism. Whatever the reason, a Textless Album Cover is an album cover lacking text at least on the front cover, and possibly also the sides and back cover.
Advertisement: