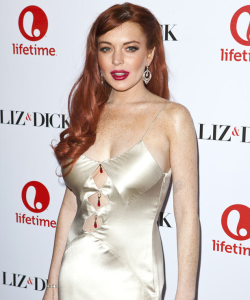 A former child actor and model, Lohan rose to fame when she began acting and landed several major film roles, notably the Disney remakes of The Parent Trap and Freaky Friday, then later in the Tina Fey-penned 2004 film Mean Girls.

Lohan was anointed by the media as the "next big thing". Unfortunately, the newfound attention from the media got to her, and she started drinking while underage (with her own mother no less) and partying all the time. Soon she ended up with two D.U.I.s, two more arrests for drug possession, and went under rehabilitation which slowed down her career considerably and since then she's been more well-known for her legal troubles than her acting career.

It’s something of a running joke in Hollywood that Emma Stone’s current career is the one Lindsay would have had if she’d kept her head on straight.